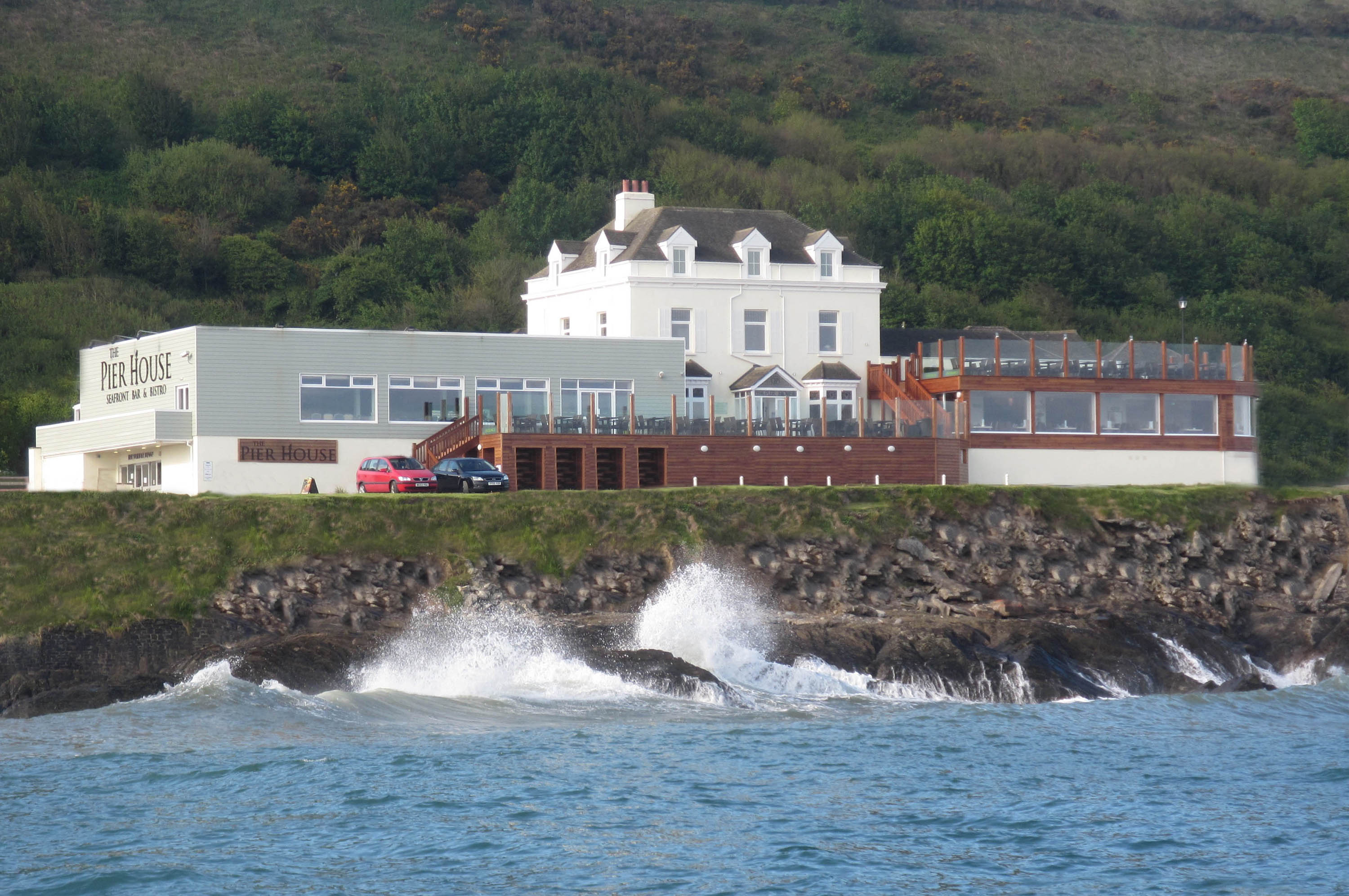 Select No. of Persons

Select No. of Pets

The Pier House is a unique and inspired Sea Front Bar, Bistro and Bay Suite overlooking Bideford Bay with Lundy Island on the horizon.

The History of The Pier House

Built in 1885 by George M.F. Molesworth, it was originally known as Merley House. In 1918 a lease of the property was acquired by Helena Zimmermann Montagu, the 9th Duchess of Manchester, who was a beautiful American heiress from Cincinnati. During the summer months she lived at Lakenham House in Northam and travelled to Merley House in her horse and carriage to have afternoon tea overlooking the sea.

It remained a private house through until the Second World War when it was commandeered and used as a base for soldiers. In 1946 it was acquired by a local hotel operator and was renamed as The Merley Hotel.

Back in 1937, Hobart Braddick, great grandfather of the current owner and whose picture with his surfboard can be seen behind the main bar, had established and operated a holiday camp adjacent to this property. The Braddick family subsequently bought The Merley Hotel in 1951 and it became part of the holiday camp business. The family then gradually extended the property over the following 60 years; starting with the restaurant and kitchen extensions in 1959, then re-launching the property as The Elizabethan Club and Restaurant, later shortened to The Elizabethan. This was initially a “members only” club for friends of the family and holiday camp users before extending a warm welcome to all locals and visitors alike. The ballroom / function room extension was constructed in 1974 and was completely modernised in 2010, when it became known as The Bay Suite.

The remainder of The Elizabethan was subject to an extensive modernisation programme in 2011 and was then re-launched in May 2011 as The Pier House, with its seafront bar and bistro and new large decked Sunset Terrace, with direct access from the adjacent South West Coastal Path.

History of the Pier

The original Pier extended 600ft from the shore. It was constructed by Gooch and Abbot of Bideford and opened to the public July 1871.

By February 1880 the pier was damaged by storms and consequently dismantled.

The original stanchions can still be seen at low tide.

Set in on North Devon's most unique settings perched majestically on the cliff edge overlooking Bideford Bay and Lundy Island... Food Served from 12 pm-9 pm Open for coffee from 10 am